This project was a group project consisting of a project manager, content manager, UX/UI designer, and programmer to prototype a hypothetical app using the waterfall model. I was a UX/UI designer for this project. Our team decided to develop a food delivery app called “Feed Me”. My role was to create the App’s logo, style titles, and Hi-fi prototypes based on rough concepts and a sitemap received from the content manager. 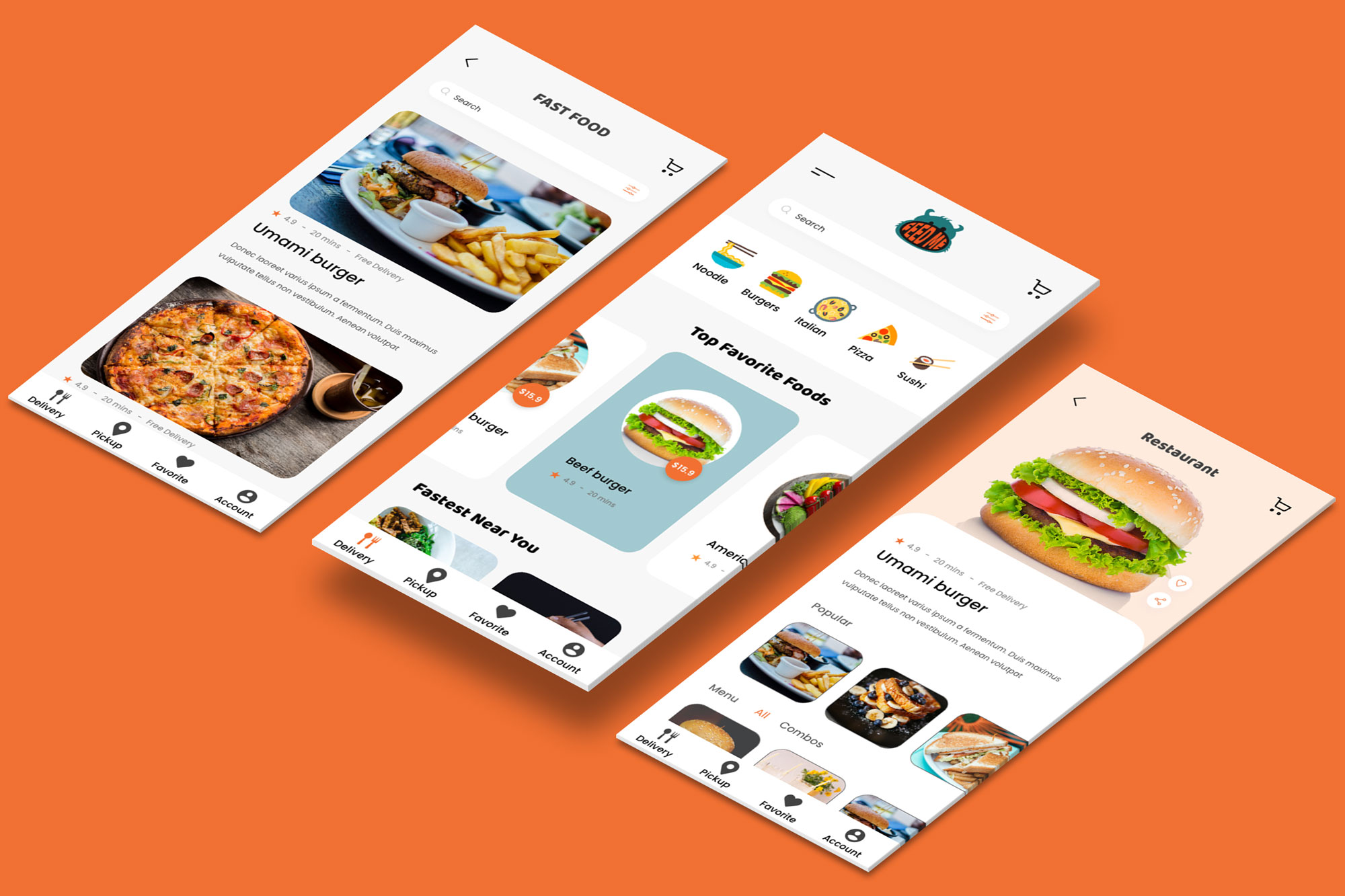 I proceeded to create interactive prototypes that considered a high-fidelity user interface with visual quality. Initially, I created the Landing page using Adobe XD based on the paper prototypes arranged in the planning process. After confirming the overall design with the team member, I created the rest of the pages.